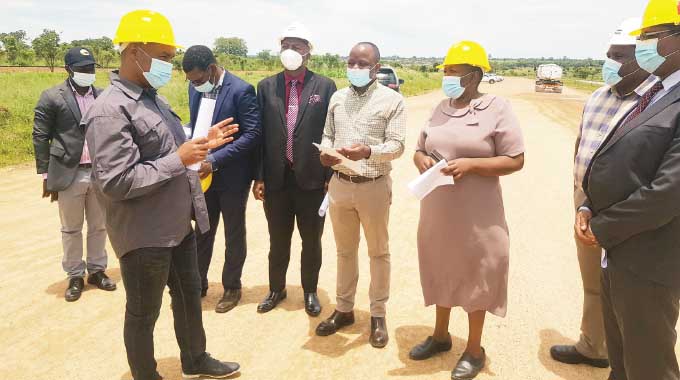 The Second Republic is continuing its commendable thrust of reviving stalled development projects by releasing more funds for the dualisation of the Harare-Mutare highway, an important part of one of the country’s biggest trade routes, the Beira Corridor.

Completion of the project is expected to see a huge increase in commercial cargo to and from the Mozambican port of Beira, with the number of road traffic accidents also expected to decline.

Government yesterday said it was happy with the resumption of the road dualisation project which was shelved several times since its commencement in 2012 because of financial constraints.

Under its drive to complete all outstanding projects, the New Dispensation has released funds which saw the completion of a 6km stretch from Goromonzi turn-off to Melfort.

A local contractor Fossil Contracting Private Limited was awarded a tender which saw the resumption of the dualisation process.

Work is already in progress and the target is to complete another 6km from Melfort to Bromley in Mashonaland East Province by mid-February after Government released US$5 million for the latest phase of the project.

Transport and Infrastructure Development Minister Felix Mhona and senior officials from the Zimbabwe National Road Administration who include the new board chair Dr George Manyaya, yesterday toured the Melfort site to get an appreciation of progress on the dualisation project.

Speaking after the assessment mission, Minister Mhona said Government was committed to rehabilitating and making all the roads throughout the country usable.

“I am happy to be standing here today being December 30, 2021, and because of the work ethic in the Second Republic, I am at work. I want to thank President Mnangagwa who said let us work.

“We do not have a holiday and as you can see, we are working together with my team from ZINARA. We are actually doing monitoring and evaluation of our work which is of utmost importance. If we deploy funds, citizens must know exactly what we have done and this calls for the duty of accountability as a ministry.

He said going forward, the contractor would work on the 6km stretch from Melfort to Bromley and then the stretch from Bromley to Marondera would be done after.

Minister Mhona also revealed that the dualisation project of Harare-Bulawayo highway, including the upgrade of the Norton toll gate, would resume soon.

In Mashonaland East Province, there were other roads whose rehabilitation would soon resume including the Murehwa-Madicheche and the Marondera-Musami roads. The Rwenya River bridge would also be rehabilitated.

She said there were engineers monitoring the quality of the job they were doing every day so that they did not produce a half baked product.